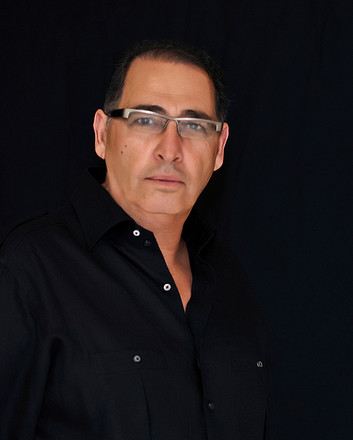 Daniel Azoulay has made a career of photographing some of the most beautiful people and places in the world but his favorite subject is change.

His most recent work defines the art of documenting transformation, as he focuses on monumental and innovative projects in music, ballet, and architecture. Besides his chronicling JAZZ ROOTS: A Larry Rosen Jazz Series, Azoulay has just completed a book on the Miami City Ballet's Romeo and Juliet.  In addition to his work with the theater, Azoulay is documenting the construction of the new building for PAMM - Perez Art Museum Miami and the Port of Miami Tunnel project which is part of the expansion of the Panama Canal.

An artist fascinated by the act of looking at the world through his lens, Azoulay constructs his work as a meticulous web of images that capture change in details often hidden in plain view.

Born in Casablanca, Morocco and raised in Israel, Azoulay studied photography in Denmark and became a fashion photographer for major publications and advertising agencies in Copenhagen, Paris, Milan, and London. In 1970, he moved to New York City where he shot for top magazines including Vogue, Glamour, Harpers Bazaar, and Mademoiselle.

Taking advantage of his extensive traveling, Azoulay also built an enormous body of personal work comprising of portraits, landscapes, and what he defines as “social photography;” including forbidden Hong Kong and the trails in Burma.

In the early 1980's, he relocated to Miami where he continued to work in the fashion world even as he remained committed to expanding his own portfolio.

In 2001, he opened the Daniel Azoulay Gallery with the \purpose of promoting contemporary photography by emerging and established artists both nationally and internationally.

Azoulay is an active member of the art community in Miami; lecturing, conducting portfolio reviews at major art schools, and sponsoring photography scholarships at universities.

In 2010, Azoulay started a new chapter of the Miami Music Project, an organization that uses music as an instrument of social change.  Much of Azoulay's current work is also part of his philanthropic activity; as proceeds from the books pertaining to the JAZZ ROOTS concert series, PAMM - Perez Art Museum Miami, and  the Miami City Ballet will be donated toward scholarships and programs that support young talent.