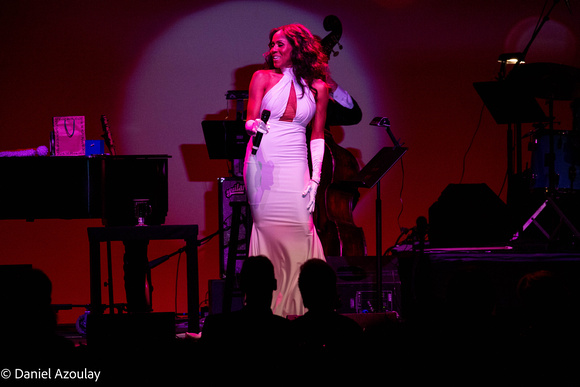 South Florida’s own Deborah Cox will perform her first-ever holiday show! The star singer and actress will deliver chart-topping hits and seasonal favorites during I’ll Be Home for Christmas, a concert she has created especially for the Arsht Center.  Known the world over for her Billboard-topping singles, critically acclaimed albums and starring roles on Broadway, Cox is typically on tour at this time of year. But with I’ll Be Home for Christmas, she’ll celebrate the holiday onstage in a socially distanced setting at the Arsht Center’s Ziff Ballet Opera House with her swingin' band led by Broadway conductor Joseph Joubert.

Directed by another Broadway veteran, Richard Jay-Alexander, the show will feature Cox performing holiday classics, her original hits (including brand-new single “I Really Don’t Want Much for Christmas”) and songs from Aida, Waitress, Jekyll & Hyde, The Wiz and The Bodyguard.  Since releasing her debut album in 1995, Cox has landed six Billboard Top 20 R&B singles and 13 No. 1 hits on Billboard’s Hot Dance Club Play Chart. She made her Broadway debut in 2004 with the lead role in the Elton John-Tim Rice musical Aida. She also starred in the sold-out national tour of The Bodyguard, which in 2018 played the Arsht Center. In 2021, Cox will release her seventh album, whose first single, “Easy Way,” is an anthem for the power of long-lasting love and commitment.

Deborah Cox is typically on tour this time of year, but because this has not been anyone’s idea of a typical year, the chart-topping R&B singer and Broadway actress will be home for Christmas next week. Home for Cox is South Florida, and Saturday night you can find her onstage at the Arsht Center playing a concert she’s titled — surprise! — I’ll Be Home for Christmas. Today, though, Cox will
Daniel Azoulay
Powered by ZENFOLIO User Agreement
Cancel
Continue