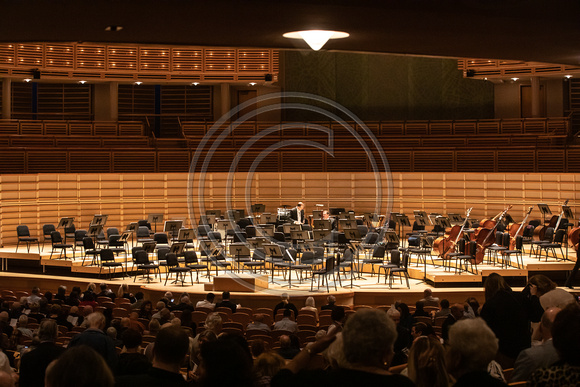 ISRAEL PHILHARMONIC ORCHESTRA MIAMI, FL January 18, 2019 – The Adrienne Arsht Center for the Performing Arts of Miami-Dade County (@arshtcenter) presents the ISRAEL PHILHARMONIC ORCHESTRA WITH ZUBIN MEHTA (@israel_philharmonic) as the second concert in its 2018-19 KNIGHT MASTERWORKS CLASSICAL MUSIC SERIES in the John S. and James L. Knight Concert Hall on Wednesday, February 6, 2019 at 8 p.m.. Yoel Levi, one of the world’s leading conductors, known for his vast repertoire, masterly interpretations and electrifying performances will conduct the orchestra in tribute to longtime music director Zubin Mehta, who recently was forced to bow out of the Orchestra’s tour due to heath reasons. Levi leads the orchestra in two Romantic masterworks which are concerstones of the ensemble’s repertory: Schubert’s Symphony No. 3 and Bruckner’s Symphony No. 7.

SCHUBERT found his voice early. He was just 18 years old when he wrote his SYMPHONY NO. 3 in 1815, but he had already composed two masses, four operas, and more than a hundred songs that redefined the German lieder. This four-movement work serves as a beautiful bridge between two distinct musical eras. In the first movement, Schubert warmly acknowledges the pure classicism of the 18th century which had just ended, but in the three remaining movements he ushers in the glorious Romanticism that would define the new century.

BRUCKNER’S SYMPHONY NO. 7 is the monumental apotheosis of the Romantic symphony, announcing as well a new frontier of sound. That frontier is unmistakably Wagnerian. Richard Wagner was on Bruckner’s mind as he composed his seventh symphony. He was, in fact, at work on the second movement adagio when news of Wagner’s death reached him, and the elegiac mood of this score carries an emotionally devastating message of loss and farewell but also of hope.
Daniel Azoulay
Powered by ZENFOLIO User Agreement
Cancel
Continue